by Rivers Of England 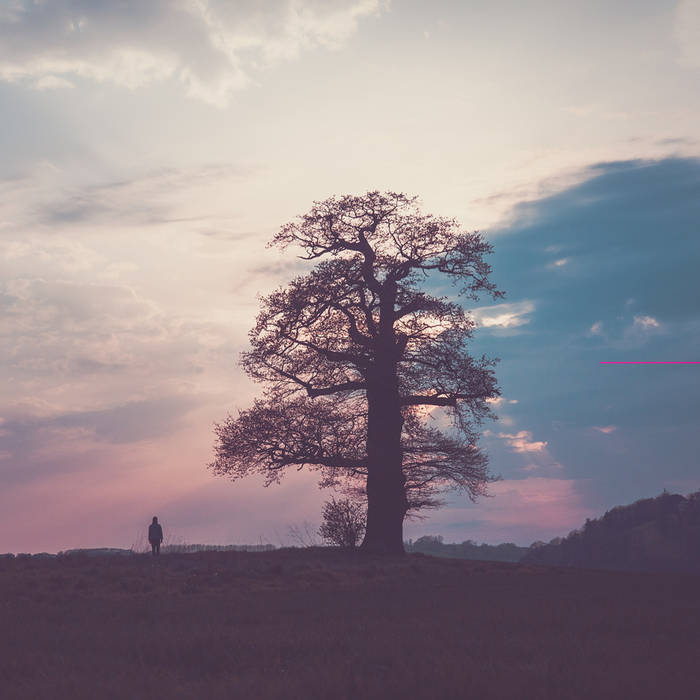 'So many questions. The meaning of love, life and the Universe. Can we understand? Are there any answers? "Astrophysics Saved My life" is the second release from West Of England folk rock band Rivers Of England. And on this outing they attempt to look at the interplay between science and life. It's an interesting approach. Opening the album "In Universe In Universe" explores the space within and without as they consider micro and macro infinities. One moment riff driven with strings providing the tension, one moment dreamlike, soft and fluffy, luscious. Lyrically they mention "photon particles" and "put love in your heart", there's a strangeness quark and charm here. And it carries on, weirdness of thought, visions that are lodged in your brain, images that stay with you, such as the delightful "You, Me And The Sea" where the song takes on a nautical bent as a relationship is compared to sailing a yacht "haunted by the future, haunted by the past, I only had a handkerchief to rig up to the mast". Lost at sea. Haven't we all been in that position?

There's a balance though as chief songwriter and vocalist, Rob Spalding, occasionally slips into comfortable and predictable clichés and easy rhymes. It's a small price to pay when you listen to "Underneath The Moon" a tale of a parting pair and the realisation it's possibly for the best. The track is gorgeously orchestrated with strings courtesy of Danyal Dhondy.

Indeed the music here is first class and varied, folk augmented with a tad of Blues, a smidgen of Jazz, a whiff of prog rock. It deserves a wide audience.

Add in the unusualness of including grid references for songs that point to alternatively Belgium, Norfolk, Shornemead Fort a disused artillery fort on the banks of the Thames, and the middle of the North Sea amongst others, then you have to wonder what's going on.

"All I want to do, exhilarate my brain, got to feel alive, 'cause living is a game". Rivers Of England certainly stimulated me. Will they you?

"Without doubt, Rivers of England is a band that softly combines the elements of folk and rock, but the mix also includes components of jazz, blues and psychedelia, with more than a touch of experimentation throughout. To understand you really have to listen.....More than simple folk-rock and far more complex than pop, deeper in expression, wider in scope, this album looks outward as much as it looks inward." Charlie Elland, FolkWords.

'‘Of Trivial and Gargantuan’ is a strong and accomplished debut that gently drifts its unhurried way into the psyche, and its tender, sweet sounds seem to have arrived perfectly timed for the summer festival season.' www.americana-UK.com

"this is delicate folk music, given a hefty treatment through arrangements with plenty of strings to take the acoustic guitars high into the atmosphere." David Hintz (www.folkworld.eu)

'There is so much inventiveness and freshness in this music, that contains a large-scale potential of development.' German online magazine “Rock Times” (www.rocktimes.de/gesamt/r/rivers_of_england/of_trivial_and_gargantuan.html)

'File this one somewhere between Alasdair Roberts and John Martyn. In other words, this is delicate folk music, given a hefty treatment through arrangements with plenty of strings to take the acoustic guitars high into the atmosphere. With the delicate vocals and powerful strings, I am also reminded of a folkier version of the band Fuchsia. All of these bands have a lot to offer and at first listen, the Rivers of England have songs that work well with this format and should stand the test of time. But don’t wait, give it a listen now while it is fresh and vibrant.' www.folkworld.eu

"Thoughtful but never painful, "Of Trivial And Gargantuan" is full of beautiful compositions: the folk-blues in two voices just tinged jazz of "To Feel Alive" line leaves a strong and clear in the footsteps of John Martyn, and "Bailbrook Lane "rereads years of the history of British pop for the more cultured passing of Peter Gabriel's" Solsbury Hill ", the Xtc of" Mummer "and David Gray, weaves between electroacoustic and memorable riffs that imprint in the mind the pleasant refrain." Ondarock (Italy) www.ondarock.it/recensioni/2014_riversofengland_oftrivialandgargantuan.htm
'A beautiful album that nourishes the soul through pure musicality and sublimely sensitive songwriting. A gargantuan triumph.' (Chris Vaudin)

'Very sweet...I like that a lot, a really lovely track.' (Sam and Richard @ BBC Introducing Bristol, about Bailbrook Lane)

'Highlights on Saturday were Rivers of England with their tender, delicate, meandering love songs.' (The Bath Chronicle, Bradford On Avon Roots Festival);

'Inspired by beauty, written with deep compassion and commitment to the result. Well done on the album that clearly has a lot of heart, keep following it.' (Waney Guru)

Bandcamp Daily  your guide to the world of Bandcamp